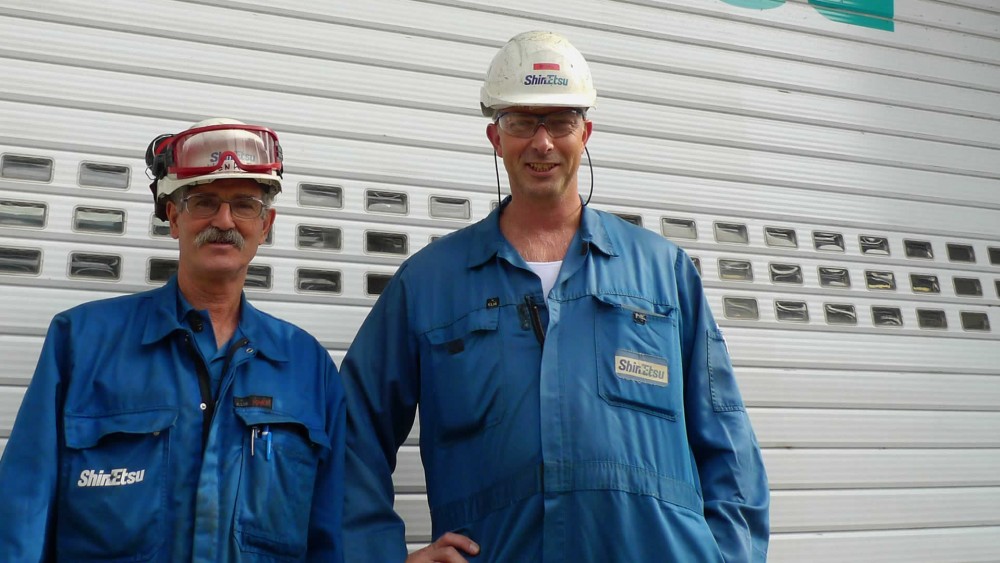 As part of an overhaul operation of one of its plants, Dutch-based Shin-Etsu PVC, part of Shin-Etsu Chemical Ltd., recently replaced all refrigeration compressors using freon with compressors using propylene in their Botlek plant. The pressure safety valves (PSV’s) on these compressors were safeguarded by valve lockout systems. Michel Immerzeel, Team Leader Mechanical at Shin-Etsu PVC, explains why the new compressors are to be equipped with valve interlocks instead.

Since the 1970’s, lockout-tagout safety devices have been installed on all PSVs as a standard safety measure. “As we replaced all PSVs, the decision was made to equip them with new valve safety systems, based on the latest technologies and insights on valve safety”, says Michel Immerzeel. “Shin-Etsu invests a great deal in safety and consequently our safety measures have to follow our high standards”. Eventually, Shin-Etsu chose for process interlocking as the most effective safety measure. The first PSV systems have already been secured and eventually all PSV systems will be equipped with valve interlocking systems.

According to Michel Immerzeel, one of the great advantages of using valve interlocks is the fact that the characteristics of the valve remain unchanged. “Before using valve interlocks, we had to make all kinds of adjustments to the valve in order to be able to install lockout-tagout devices onto them. That all changed with the Netherlocks valve interlock, which is installed as an integral part of the valve, with the original valve lever removed and replaced by the lock with a new, same-sized stainless steel sliding lever or hand wheel”. He also adds that, in contrast to lockout-tagout devices, valves interlocks are tamper-proof and cannot easily be bypassed.

Guarantee that only one relief valve is offline

Henk Riedijk, Allround Operator at Shin-Etsu, values yet another aspect of Netherlocks interlocks. As he puts it: “The sequence of operations simply cannot be ignored, which is of vital importance for us. In essence, Netherlocks interlocks guarantee that only one relief valve can be offline at a time”. To him, working with valve interlocks is easy to understand. The system simply guides the operator through a predefined sequence with unique keys for each step. “My fellow operators seem quite satisfied”, he says.

Within Shin-Etsu, process interlocking is also applied to other processes that require strict adherence to procedure. In these processes for instance vessels are filled with substances such as propylene. “Without using valve interlocks it would be theoretically possible to open the valve to the gas venting system and the valve to add propylene at the same time, emptying the entire contents of a vessel directlyinto the venting system”, says Henk Riedijk. Valve interlocks force the operator to follow a predefined procedure. “Operators can only fill the vessel after closing the flare valve. It therefore is impossible to open the flare valve and the valve to fill the vessel at the same time”.

As an effective safety solution, process interlocking prevails over lockout-tagout at Shin-Etsu. Therefore, the company is evaluating which safety systems are currently used and which need to be replaced in time with process interlocking systems. Michel Immerzeel:”For some of our existing lockout-tagout devices, spare parts are no longer available. These need to be replaced by other safety devices, preferably valve interlocks”. As Michel explains, a plan for further phased implementation of process interlocking is being set up. In his view, this is an important and logical next step in the continuous effort to improve overall process safety within Shin-Etsu.