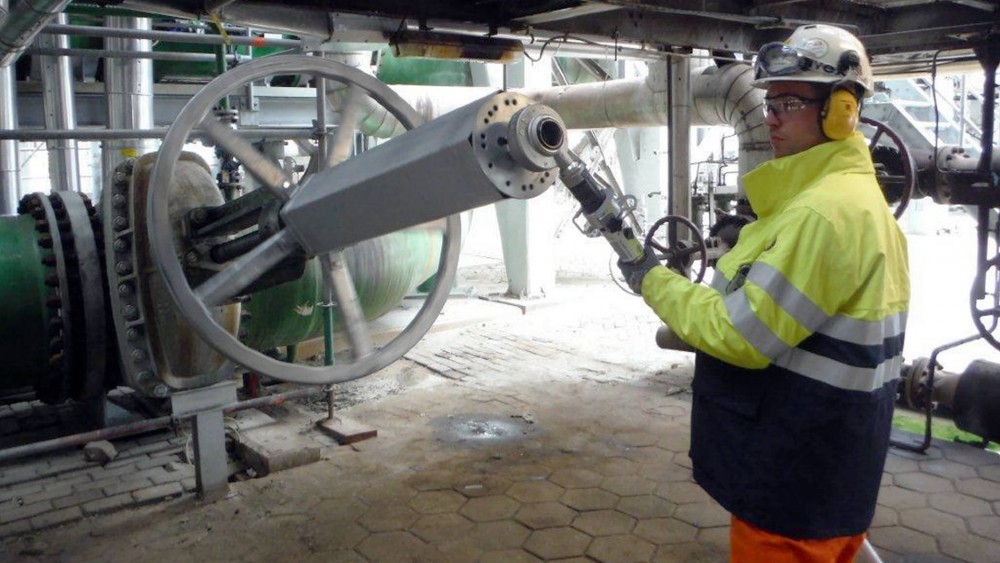 The Power Wrench portable valve actuator is the ideal tool for quickly opening and closing manual valves. A striking example of the benefits of the tool is provided by a refinery, where the Power Wrench is used to ensure quick operation of a vitally important manual bypass valve on a filter system.

The refinery pumps water from a nearby river into their cooling systems. In order to prevent all kinds of debris (such as pieces of nets, plastic, fish and shells) to enter the cooling system, a filter is being used. When the filter gets obstructed with debris, a bypass valve needs to be opened quickly (within 5 to 10 minutes), ensuring the continuous availability of fresh cooling water. If the bypass valve cannot be opened within 10 minutes, consequences for the entire production process can be disastrous. The large 36″ gate valve was initially equipped with a 1:20 ratio gearbox in order to avoid user fatigue and injuries related to operating large manual valves. With the gearbox in place however, 1.600 rotations were now needed to fully open or close the valve, which resulted in opening times largely exceeding the time limit of 10 minutes…

In order to guarantee fast manual operation of the valve without using a gearbox, the Power Wrench is now successfully being applied. It allows the valve to be operated quickly (within 2 minutes) and avoids strained backs, sore muscles and user fatigue.