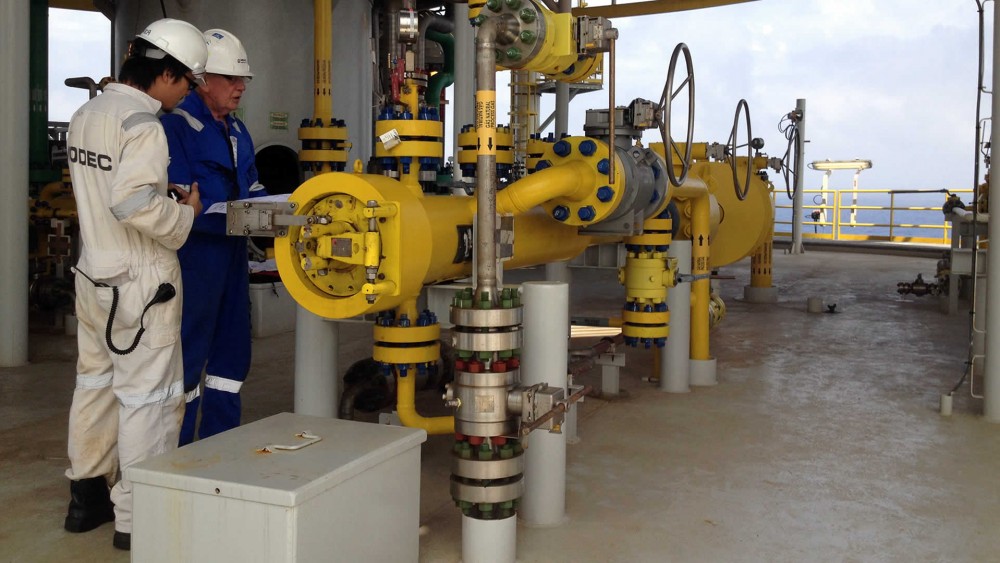 A fatal incident on June 25th 2012 at a production facility of one of the globally leading oil companies in the United States proves the need for guaranteeing safe pigging operations. During a preparation of a pipeline inspection using a pigging operation, a temporary pig launcher that was attached to a pipeline was over-pressurized and failed. The incident caused one fatality and the hospitalization of two individuals. Despite the fact that the job was carefully planned, a procedure was in place for the operation and safety measures were used, the ‘trap valve’ between the pig launcher and the pipeline had mistakenly been left closed. An experienced in-line inspection team assumed the pipeline valves to be in the proper position and began pumping from a nitrogen truck to purge the line. Apparently, a pressure gauge on the pig launcher was mistakenly read at zero when initial pressure was applied, which prompted the team to call for even more pressure. Eventually, as there was no pressure relief on the temporary pig launcher, it was pressurized beyond its burst pressure, resulting in an explosion (1).

Strict safety procedures apply to the oil and gas industry, but apparently these procedures alone are not enough to prevent accidents from happening. As the accident in June 2012 shows, human errors form a critical factor that hugely influences the effectiveness of safety procedures. Even the best procedures cannot fully prevent mistakes to happen and for this reason they do not sufficiently guarantee the safety of people and processes. This would be especially true for pigging operations, where the effects of mistakes can be disastrous. Also routine tasks which involve working with dangerous pressure levels can have serious consequences when not carried out correctly.

One of the important lessons to be learned from this accident is (amongst others) that if a temporary pig launcher has the capacity to exceed safe operating limits, it should have similar protective measures as permanent installations have. Pressure relief valves can be regarded as such. But even with appropriate safety measures installed, human error cannot be completely eliminated. Therefore, mechanical valve interlocks are widely considered to be the most effective safety measure. They are applied at an increasing number of pigging installations throughout the world and form a standard safety measure for pigging operations at many of the leading global oil and gas companies.

Mechanical valve interlocks eliminate commonly made mistakes on pigging operations. For example, they prevent a closure door to be opened, while pressure still remains inside the vessel, or the main process valve to be opened, while the closure door is not properly closed. It can also protect operators from opening a closure door, while a high concentration level of H2S or other toxins still remain inside the vessel. Also they prevent a vent valve to remain open, while the vessel is being pressurized. In practice, mechanical interlocks (or better ‘process interlocking’) can be applied on various safety levels, dependent of the complexity of the pigging operation and to what extend a process can be defined as being critical. At different safety levels, process interlocking ensures that valves are operated in a predetermined sequence. At the highest safety level, the complete sequence of actions is guaranteed, step by step and according to the original procedure, including all valves (manual and MOV) and the closure door. This applies to complex sequences and critical high risk operations.

Recent developments in mechanical valve interlock products also made it possible to integrate valve interlocks within sophisticated electro-mechanical and PLC controlled cabinets, combining mechanical and electronic safety measures into one single safety system. These solutions allow for communicating detailed instructions, monitoring the status of the procedure and operating part of the sequence from the control room.

Surprisingly, as ‘lessons learned’ from the accident, mainly written procedures were mentioned with regard to improve safety on pigging operations. Additional measures to eliminate human error such as the use of mechanical valve interlocks were not highlighted. This is truly a missed opportunity, for modern interlocking solutions are to be regarded as the ultimate additional safety measure. They have proven to provide excellent safety levels for pigging operations; they seamlessly integrate within operations and enable operating companies to eliminate human error on pigging operations.