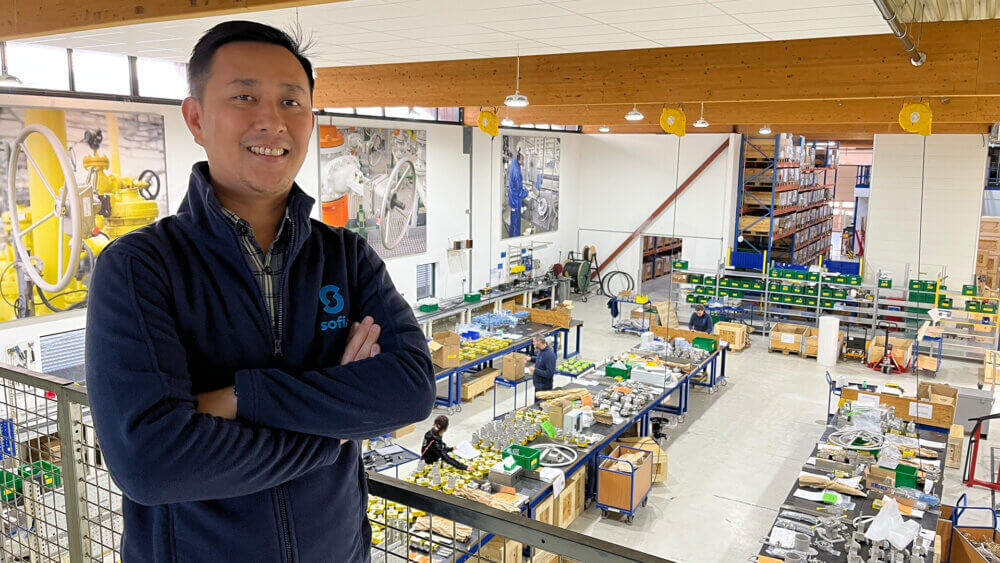 As a Bid manager, Rom Danganan is part of the EPC team within Sofis, based in The Netherlands. Together with other bid managers, Rom is responsible for opportunities and project inquiries from EPC contractors globally. He provides technical and commercial offerings to our customers and advises on Sofis solutions for a variety of safety applications. “The most exciting part is when you meet different people with diverse backgrounds from different parts of the world, and learn from different aspects of the project”, says Rom. “It feels great to contribute to the success of our customers, within the EPC sales team but also together with our other regional sales teams and other departments within Sofis.”

Rom’s main focus is to raise awareness of the engineering capabilities of Sofis which include the design and engineering aspects when it comes to executing complex interlocking sequences. Add to this the added role he plays in highlighting the value Sofis brings not just by offering interlocking but also on our non-interlocking range of products such as portable actuators, remote valve operators, valve position indicators, and service support. Rom: “With our site service team deployed across the globe including local support in several key O&G markets, we can help the construction teams of EPC contractors to timely and efficiently execute the installation and commissioning of these critical projects.”

Rom started at Netherlocks in July 2011, years before the company merged with Smith Flow Control to form Sofis BV as its called today. Rom: “I was hired by the Sales Director of Netherlocks, who decided to establish a branch in the Middle East. He asked their regional partner if they knew someone for project engineering and on-site service support. They linked me up with him, and the rest is history…”

When Rom started working for Netherlocks, he was engaged in both on-site service support as well as project engineering. After a while, he dedicated himself to project engineering on a full-time basis because that was most needed for the Middle East. “When I was hired in 2011, the plan was to be based in Dubai a year after, however, the process of establishing a branch in Dubai took more time than we expected”, Rom admits. In 2014, Netherlocks opened their new Dubai branch, where Rom ran this regional hub for over a year with the regional sales manager, until more people were hired. “I needed to be a ‘Jack of all trades’ to handle the branch”, says Rom. Not much later, the Dubai office became a very successful Sofis branch, and other Halma companies decided to also join their office. “With our local approach over the years, we became the number one valve interlock supplier in the region”, Rom proudly explains. “Then, after six good years in Dubai, Sofis offered me a new opportunity to be part of our global EPC team, based from the Sofis head office in the Netherlands. And this is where my Sofis adventure continues.”

Rom enjoys living in The Netherlands, where he settled with his family in 2019. Rom: “Now that I’m based in the main office in Alphen aan den Rijn, I’m aware that there is even more growth potential, in many aspects. What I like most about Sofis, is its culture and its diversity. Sofis has a lot to offer to keep me challenged every day, where I could best use my expertise and skills.”

Copyright © 2006 - 2022 Sofis valve operation. All rights reserved.
We use a ‘cookie wall’ to advise you about the use of cookies whilst obtaining your consent around the data we collect.Yes, I accept cookiesRead more